Behind The Scenes: Jimmy Dean

Of all the songs included in New Day, Jimmy Dean is probably the one preferred by my friends.

I wrote it many years ago, after seeing the great James Dean in a dream. I remember very little about that dream now, but one image is still very clear: the actor sleeping in the streets like a homeless person. 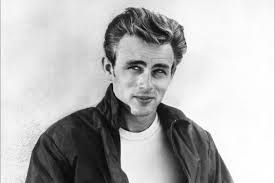 The first draft of Jimmy Dean was quite naif (after all, I was just a fifteen or maybe sixteen when I wrote it). Some years later I got back to that song and started working on it with the guitarist Gianfranco Grande, with whom I was often performing in Pavia.

With a more mature development of the song, James Dean became a symbol of freedom, rebellion and nonconformism. Sleeping in the streets, as I had dreamed, was his own choice and his own desire (You were sleeping in the streets/On your dreams machine). In the song I address a central question to James: Do you think we’ll be free someday?.

In the last verse there is a reference to the PSA on driving safety filmed by James right before his death:

That’s also how the last verse of the song, right before the refrain, ends.

I dreamed of you last night,
You were sleeping in the streets,
On your dreams machine.

I dreamed of you last night,
I wanted to be there with you,
but I was here in my bed.

They say you had a bad behavior,
but what could you do?
Your heart was stolen of life.

But life you might save it might be mine.
Keep running to the edge
And never look back.