How To Develop Your Story | Storytelling in Songwriting

What if we saw songs as short stories?

After all, isn't songwriting just another form of storytelling?
How can we employ storytelling in order to make our songs more interesting?

Some tunes deal with storytelling in a brilliant way.

The first example that comes to mind is Tangled Up in Blue, by Bob Dylan.
I always associate this song to beat literature. To me, it really sounds like a beat tale. A piece of writing I could ​read​.

Of course, we are not Bob Dylan, but we can still learn how to portray a beautiful, well-structured story in the lyrics of our song.

There is no fixed rule: sometimes our story is just vaguely presented. Some other times we dig a bit deeper and we tell more details about it.

What's important is that our story, or at least our concept, idea, or message, is clearly present in our mind before or throughout the songwriting process.

Still not convinced? Here are some tips on how to develop the story in your song! 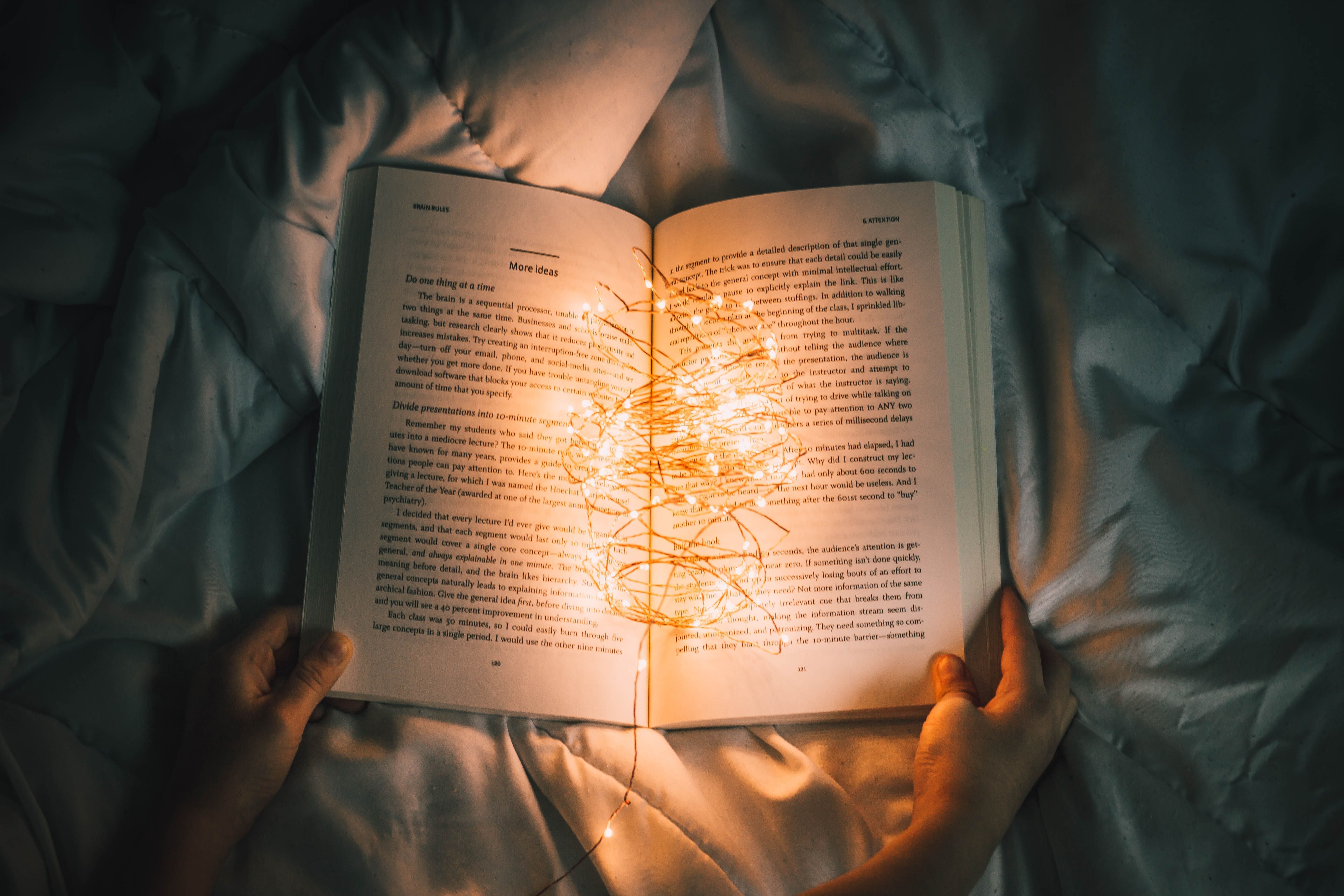 Photo by Nong Vang on Unsplash

This is something you learn by watching a lot of TV series: characters are essential.

Think about the last movie you saw that really moved you. Chances are you felt attached to one or more characters in it.

Writers who work on TV series know this very well and that's why we get to feel so close to relatable, well-developed, and well-written characters.

The same principle can be applied to songs.

When you get an idea for a tune, if the lyrics don't come as naturally as you would like to, start by writing a portray of its main characters. Who are they? What do they do? What do they want to achieve? What do they feel?

No matter the genre you do or the style of writing you have: you can always ask yourself these questions to develop your story and make your song a bit more interesting.

Maybe there is only one character in your song: yourself.
This happens if you write very personal tunes about your feelings and emotions.
That's great, but ask yourself: how can I work on the representation of myself, my main character, in order to make it well-rounded, relatable, complete?

You could also ask yourself: what point of view will I employ? Are you talking in the first person? Or are you narrating the story from an external point of view?

You can play around with this element as you prefer. You could tell a completely fictional story in the first person, for example. Or, on the other hand, you could narrate a very personal event using an external point of view.

The second essential ingredient in a good story, therefore a good song, is the environment.
Where is the story set? Are there any elements you can throw in that could lead the listener to perceive what the environment looks like, sounds like, smells like?

Let's take an example from the realm of TV: Twin Peaks, by David Lynch. The whole story develops in a clearly definable environment, with specific traits, somewhat functional to the story itself.

Let's take another example, this time using a song.
Tangled Up in Blue presents a lot of elements that describe the environment.
Early one morning, the sun was shinin': the opening line already sets the story and gives us information of when it all begins (giving us details about the weather too!).
Throughout the song, we get to know the places the protagonist visits, where he lives, how the town or the house he lives in looks like. And so on.

Defining the environment can be a turning point in your songwriting. Those details we sometimes tend to forget about can actually be what makes our song very interesting to the listener.

You already know that your song should have a clearly defined structure: a verse, maybe a bridge, a chorus, and so on.

How about using this structure in a way that is functional to the development of your story?

All you need to succeed in this endeavor is to be aware of how you want your story to progress.

In a nutshell, every story has a beginning, a development, and an ending.

The first thing to ask yourself is: what is the starting point? How is my character doing in the first verse? What's their action? What gets the story started?

There is often what we call an inciting incident, a situation, or a sudden change, or even an introspective moment, that makes the character realize something has to be done. That's how the story starts.

Once you have your starting point, you'll want to lead your story somewhere else. I'll get a bit more specific about ways in which you can do that in the next paragraph. For now, let me highlight a very important concept: movement.

At some point, your story has to end.
All great stories have an ending, even when it is not that defined or clear. The listener, the viewer, or the reader, should always have a feeling of closure, or the indication that the situation is finally resolved.

Planning these different stages in advance can make the whole songwriting process a lot easier. It will probably make your songs more interesting too.

One of the best ways to get your story going and add some movement is by adding some conflict.
This is Writing 101: every novel, every movie, every story has a conflicting element. That's what pushes the characters throughout the story.
They have a goal, often formulated after the inciting incident, but now something or someone acts as an obstacle to that. The characters have to win this conflict to obtain what they want and end the story.

The easiest example of how to apply this in music is probably represented by break-up songs.
In this case, the conflict is usually between the goal of having a nice, deep relationship with the loved one and the new, harsh reality where this person has left. How will the main character fix the situation?

If you are writing songs about your personal sphere, it is probably easier to understand what is the conflict and how to portray it because, after all, you experienced it first-hand.
It could be a bit more difficult, instead, when creating fictional stories in your songs.

In this case, you could ask yourself: what is your character's goal, and what could be an obstacle to it?

My final tip is, once again, taken from the world of movies.
One of the most important rules of screenwriting is: show, don't tell.

When writing songs, we are closer to the realm of poetry than the realm of novels. We have to write verses, stick to a certain number of syllables, make words rhyme, and so on.

If we were writing a novel, we would have a lot more space to describe a place, a person, a situation. But since we have a smaller space, we have to tell it all with only an image. Just like in screenwriting, we have to show, rather than tell.

Instead of describing things, try to use metaphors. Or think about one specific scenario, or even a small detail, that could be a hint. The listener will then connect the dots and fill the gaps in your narration, using the information you provided.

For example, Her folks said that our life together/Sure was gonna be rough./They never did like mama's homemade dress./Papa's bankbook wasn't big enough.

That's a verse taken from Tangled Up In Blue. In this verse, the protagonist explains in just a couple of words why the relationship with the woman he loves didn't work out.  His mama had homemade dresses and his papa had a small bankbook, simply meaning they were poor. The woman he loves, on the other hand, probably comes from a richer family and that's why her parents disapproved of their relationship.

Whenever you feel you are saying too much in your song or becoming a bit too abstract, try to substitute a concept with an image. Sometimes it's as simple as that.

Alright, guys - I hope you found these five tips on how to develop your storytelling useful!