For my monthly cover video, I decided to record another song by The Beatles: Norwegian Wood.
As usual, mailing list subscribers have also received an exclusive short story inspired by the song.
In this article, I am going to share some information on how The Beatles wrote and released this classic song from Rubber Soul.

Have a listen to my version by checking out the video down here!

A lot of songs credited as Lennon-McCartney were actually written by only one member of the Fab Four.

This happened with Yesterday, as we covered last month. It also happened, just about one year later, with Norwegian Wood, the second track taken from the revolutionary album Rubber Soul.

Rubber Soul is not just a milestone in the history of music. The 1965 record also represented a drastic change in the style and the image of The Beatles.

The four guys from Liverpool were no longer pop stars. Well, they still were, especially for their fans, but their approach to music became way more experimental and personal.

Among the factors that drove this change, we can surely credit the interest of the band (and many other young people of that time) for the Indian culture, celebrated with a legendary journey to the Maharishi Mahesh Yogi's ashram in 1968. At the time of the recording of Norwegian Wood, George Harrison was learning how to play the sitar, first under the guidance of Ayana Deva Angadi, and then of Ravi Shankar. The Beatles had first encountered that musical tradition during the filming of Help!, and Harrison, in particular, had admired those unknown instruments and harmonies.
Norwegian Wood is possibly the very first Western song to feature a traditional Indian instrument, as it was George Harrison's first recorded experiment with the sitar.

Another factor that influenced a little revolution in the band's interests and style was the Beat Culture and the music of Bob Dylan, in particular. The explosion of the Beat Culture across the Atlantic, represented by musicians and poets alike, such as Allen Ginsberg, Jack Kerouac, and many more, soon reached the United Kingdom, leaving the Fab Four instantly charmed.

John Lennon, the author of the song we are covering today, confirmed Dylan to be the main source of inspiration for the ironic, yet quite surrealist lyrics.

Norwegian Wood, with its not-so-veiled sexual innuendos and a prominent sitar part, was no exception.

John Lennon started writing the song during a vacation in Switzerland. The inspiration came from some of the affairs he was involved with (rumors on who the real muse was represented by are quite contrasting). At that time, Lennon was already a great artist, but a terrible husband. He later admitted his serious faults, stating how his relationship with Yoko Ono had inspired him to become a better man. Back in 1965, however, his poor wife Cynthia had to face several betrayals. One of these surely inspired Norwegian Wood, the surrealistic tale of an unconsumed affair.

According to the rumors, Lennon had changed the ending (where he sleeps in the bathtub instead of sharing the band with his girlfriend) to avoid gossips.

More interestingly, the lyrics feature some real-life experiences that have nothing to do with the women Lennon dated.

He had slept in the bathtub, for example, while sharing a flat with his friend Stu Sutcliffe. In the same context, he had used some old wooden furniture to light up the fireplace.

As usual, the most interesting details in a song are often given by the smallest details. Norwegian Wood is really no exception to that!

Last but not least, its melody is simply irresistible and hypnotic, as well as its minimalist yet innovative arrangement.

Although it is not my favorite song by The Beatles, I could say that Norwegian Wood comfortably sits in my Top 10! What about you? What do you think of this song? 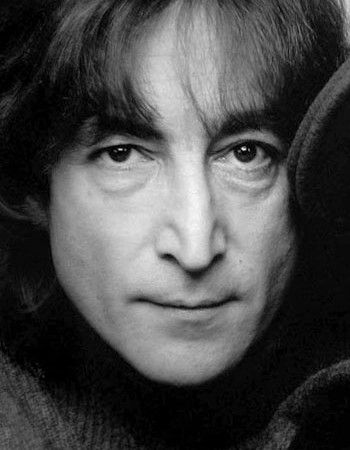