For my monthly cover video, I decided to record another song by The Beatles: Something.
As usual, mailing list subscribers will also receive an exclusive short story inspired by the song.
In this article, I am going to share some information on how The Beatles wrote and released this great hit.
Have a listen to my version by checking out the video down here!

Something was a turning point for The Beatles.

With this song, the band went beyond the Lennon-McCartney composing leadership.

George Harrison, "the quiet Beatle", finally got a side A and some well-deserved recognition for his songwriting abilities.

Written during the recording of the White Album, in 1968, Something was initially discarded by its author.

After all, the band had quite a lot of tracks to work on (as you probably know if you've ever heard the White Album).

At that time, there was also an increasing tension among the band members, which probably led George to keep his new song for himself, at least for a while.

Harrison decided to give the song to another performer. The first choice was represented by Jackie Lomax, but he later opted for Joe Cocker, who released the song a couple of months before The Beatles.

Harrison changed his mind about the destiny of Something during the recording of the album Abbey Road.

This new project represented an opportunity to finally publish the song as a Beatles' track.

George didn't even have to fight for this, as all the other band members were really impressed by the beauty of the tune.

John Lennon declared it as the best track in the album, and Paul McCartney still thinks that Something is Harrison's best composition.

A sweet rock ballad, with a simple, yet legendary guitar riff and an interesting harmonic structure, Something became one of The Beatles' most covered songs, second only to Yesterday.

While it seems to deal with love in its most romantic and purest form, with fans and critics indicating Patty Boyd as the muse who inspired it, Something comes from a whole other kind of inspiration.

George Harrison stated he was "thinking of Ray Charles" while writing the song. He was simply writing a tune that could fit the style of the great pianist and singer, just like a screenwriter creating a character with a precise actor in mind. 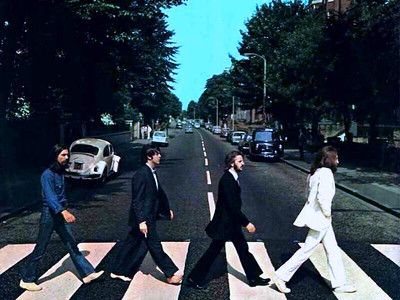 The original version of the song features George at the guitar, John at the piano, Paul at the bass, Ringo at the drums, and Billy Preston at the Hammond. After some drastic changes and more takes, George Martin came up with the idea of a string arrangement, which became one of the trademarks of the tune. The piano part by John Lennon, instead, was discarded for the most part.

I hope you enjoy my version of this great song!
I'll be back with a new Beatles' cover next month.
Meanwhile, don't forget you can catch my live performances on Twitch three times a week (Tuesdays, Thursdays, and Saturdays).
For more original exclusive content, like unpublished songs and poems, check out my Listeners' Club.