What Songwriters Can Learn From David Bowie 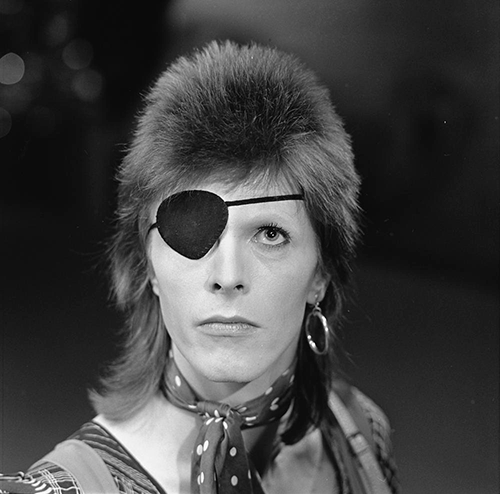 As one of the most eclectic and bold artists of our time, David Bowie left a huge void when he passed away in 2016.

Only a few other songwriters had dared to experiment as much as he did. His discography is full of innovations, plot twists, and nuggets of inspiration for aspiring songwriters.

In case you are not very familiar with his tunes, here is a non-exhaustive list of songs you should check out (and why)!

This tune is a sort of songwriting handbook in itself.

It has a strong story, with a memorable yet somewhat relatable character (Major Tom). It has a great structure, with at least four different sections, each adding an element to the story. It has a lot of variations, twists, and some pretty interesting harmonic solutions. Last but not least, it has some excellent lyrics.

A great example of how to deal with key changes! Lady Grinning Soul is a little gem. In it, we have many musical styles and approaches (in just one song!). From classical music to flamenco, back to rock'n'roll, the closing track of Aladdin Sane is quite literally a beautiful musical journey.

If you want to write a rock hit, look no further. Rebel Rebel is the perfect rock anthem for truly rebel souls. Its simple yet iconic guitar riff, its bold lyrics, and the attitude Bowie delivers in the performance are the quintessence of rock'n'roll.

The list could go on and on and on. But now let's get to the juice: what can aspiring songwriters learn from David Bowie? In this article, I am going to give you five ideas inspired by Bowie's songwriting style and technique.

Lesson #1: Look beyond the realm of music

David Bowie wrote some amazing songs inspired by the most various things. In an interview with Classic Rock magazine, for example, he mentioned how places would strongly affect his songwriting.

But there is more to that.

For his songs, David Bowie took inspiration from books, movies, life experiences, and even festivals!

As aspiring or beginner songwriters, we often tend to get inspired by our favorite musicians and songs. In a way, we tend to replicate the sound we love.

While there is nothing wrong with that, as far as we remember to add our personal touch, it could be useful to look outside the realm of music and look for inspiration in other elements too.

David Bowie, for example, was an avid reader. Some of his songs were directly inspired by the novels and the poetry books he loved.

Movies and TV series can also be a great trigger for inspiration.

Of course, you can (and should) also let your life experiences guide you in your writing.

Remember: anything could inspire a song!

The essence of creativity lies in the ability to re-imagine and re-arrange existing patterns and elements. This is what the human race has been doing for centuries, through art trends and inventions.

David Bowie mastered this concept very well! In the same interview with Classic Rock I quoted earlier, Bowie said: "What my true style was is that I loved the idea of putting Little Richard with Jacques Brel, and the Velvet Underground backing them – what would that sound like? That for me was really interesting. It really seemed, for me, what I was good at doing. What I enjoyed was being able to hybridize these different kinds of music."

Coming up with a great song can sometimes be a matter of juxtaposition. What genres or styles can you hybridize to create a whole new approach to music?

Obviously, you don't have to copy and paste random elements. Any inspirations you have should come from a place of love.

What music moves and inspires you? Chances are, you listen to quite a few different genres and artists. How can you combine some of the elements taken from their songs to create your new concept?

David Bowie was a master at genre-fluidity. He never stuck to specific labels and kept pushing the boundaries between rock, pop, jazz, electronic, and even classical music.

Let all of these existing ideas and styles inspire your new songs!

Bowie was known for using William Burroughs' cut-up technique to write his songs. Moonage Daydream, for example, developed from this quirky method.

There are a bunch of interesting writing techniques you could put in place into your songwriting routine to make your songs bolder and keep your creative juices flowing.

Have you ever tried blackout poetry, for example? How about writing a song without using your main instrument?

Some of Bowie's lyrics are quite enigmatic and strong. The experimentations with different styles and genres we covered in previous paragraphs also made his music quite "risky".

Guess what? His will to take risks and constantly push boundaries is what made his songs so timeless and memorable.

It is not easy to take risks in music. After all, as artists, we all crave approval and the right degree of attention. Risking with lyrics that are too enigmatic or off-putting, could result in a catastrophe.

"What if nobody likes it?" seems to be the most recurring question we ask ourselves after writing a brand new song.

The truth is: you have to find the right balance between safety and risk. Nobody can tell you where that balance lies because it depends on you. What risks can you take comfortably? What other risks would you prefer to avoid? Take the time to ask yourself these questions and then don't be afraid to dare!

According to some revelations by Bowie's producer and close friend Tony Visconti, David would write a chord progression as the first element of a song.

As you probably know if you've been here before, this is also the method I use.

By laying down some chords, and then writing a melody over them, Bowie was able to create the emotional substratum for his lyrics.

After all, the musical element often suggests a story in itself or at least some words. Follow this flow and you'll have an interesting and coherent brand new song!